I must admit I am not much of a cardmaker. But I decided that I best hurry myself up and start creating  a few cards as the stockpile that I did have was low and my Father-in-Law will be celebrating his birthday and Father’s Day in the next couple of weeks. Goodness knows how much I despise spending so much money on a commercial card when I know that I could have made it for at least a tenth of the cost so that is what i have set out to do...

I have gone with a simple layout, nothing too flash, I don't think he is into all the overtop looks that one can create in a card but he would love the effort & the thought of something made just for him... 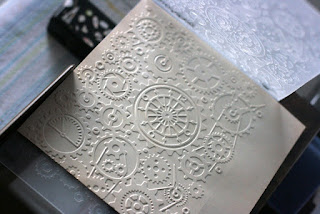 I love all the embossing folders available to us in todays market.... i have used this fantastic cogs one to add a little dimension to the card. Then a little October Afternoon paper and some cotton binding and the card is ready for its final touches.... Oh and i have inked the edges of the embossed cardstock too before adhering it to my card. Then a little more decorating by adding a picture from the October Afternoon cardstock. 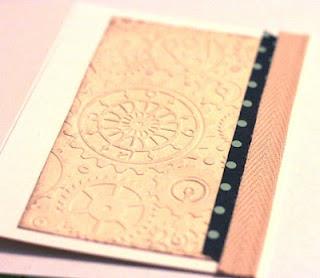 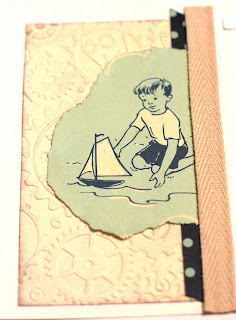 Next i have chosen to use the Corner 09 and it has been color enhanced with some Antiquities ink. Then some scrapdots where added to give lift before it was added to the card. 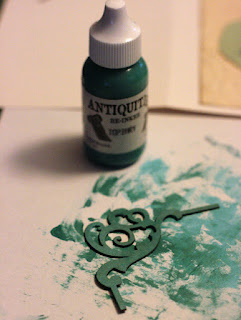 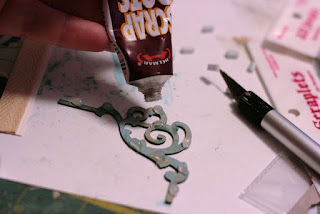 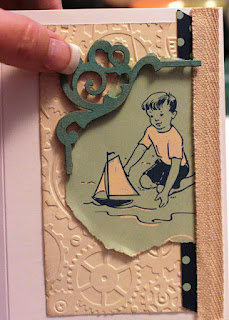 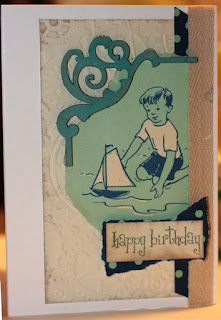 I love the bracket journal block and thought that I would create two cards out of it as one will be given away as a gift in a couple of weeks and the other can go in my stock pile that has dwindled....


Firstly i found a lot of my Stampin up supplies that I have sadly neglected and put them to use. This fantastic bracket journal block embossed beautifully through the vagabond. Next I measured out half of the A2Z Scraplet and then used my cutter to trim it in half. 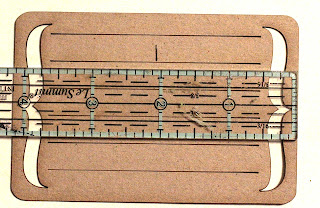 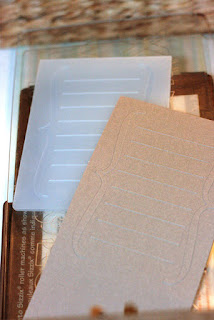 A good coat of gesso was applied before I sprayed it with some Tattered Angels Tiger Lily mist... 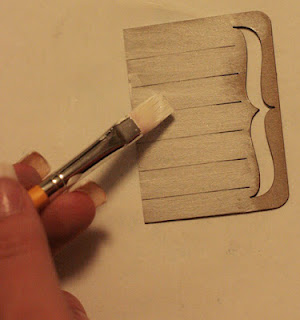 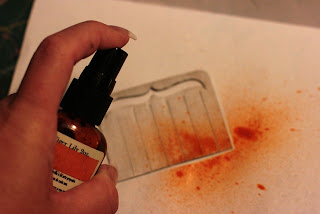 Getting it all ready: I have outlined the border of the chipboard with a grey pen. I then added some ribbon for some added texture and depth. I had some extra blue vellum and used one of my Stamping up tag stamps . Staz- on is fabulous for using on vellum . 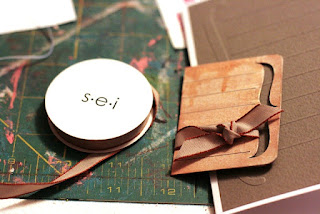 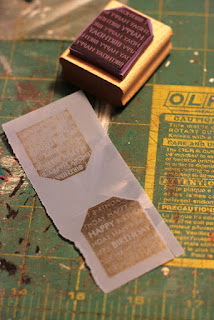 Now time for layering: The base cardstock first and then the journal block was added to the front of the card. For the final touch the tag was popped on with some foam dots. 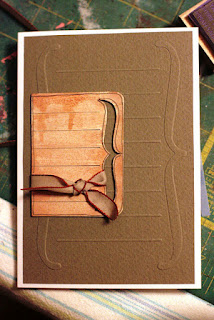 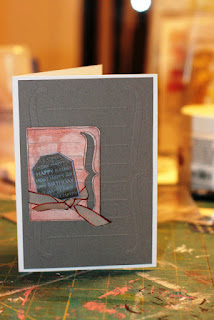 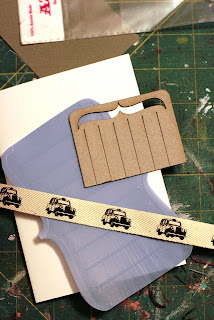 Time to add  a little printed paper on the journal block. I have used some Scenic Route paper which was generously glued over the Scraplet and then sanded off the edges. After this i have added some ribbon that i purchased from Typo and have stamped a cute little suitcase travel stamp that was from Kasazz... 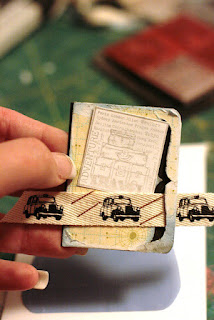 Next for another color to compliment all the blue - I have decided to stamp out a 'for you' Stampin Up tag stamp to lay on top of the embellishments.I have used foam dots again to raise the tag up off the journal block. Finally i have layered the large bracket block off center and then added the remainder embellishments with tape. 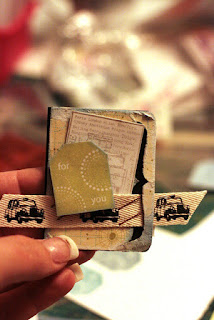 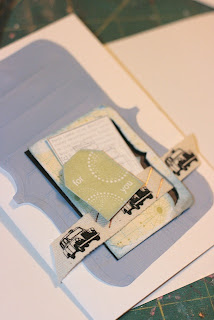 Thank you for popping by & have fun creating for that special Man in your life.

Stay Up To Date